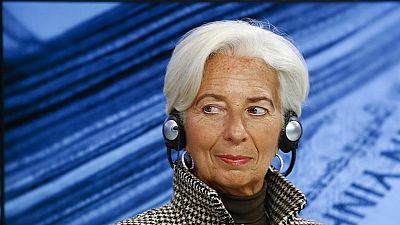 IMF head, Christine Lagarde will not have an easy second term in office as challenges with the global economy do not seem to go away.

She has described the world’s economy as undergoing a “tepid” recovery while growth in other advanced economies is going to be higher.

“It is growth (economies) but it is tepid growth because the recovery that we are seeing in the United States, in Europe, a little bit in Japan as well, could be better, could be bigger. And if you compare current growth to potential output, which is what normally the economy should deliver, it is less,” she said.

If you compare current growth to potential output, which is what normally the economy should deliver, it is less.

The 60-year-old was reappointed by consensus last Friday for a second five-year term as managing director of the International Monetary Fund. Her tenure runs till July 2021. According to the IMF board, no one else was nominated to oppose her as head of the lender.

Even though she had an easy time winning the re-election, she attests to a difficult road ahead.

“If we look at the emerging market economies, apart from India, which is doing pretty well, and we can come back, if you want, to India as to why it is doing better, but the other emerging market economies are either slowing, doing so deliberately, like China, or in a pretty weak position, whether it’s Russia, whether it’s Brazil, whether it’s South Africa; those countries are struggling and both Russia and Brazil will be in negative territory this year,” she said.

Speaking at a women’s forum in Dubai, Lagarde said world prices, not only of oil but also of metals and food, have gone down significantly.

“The low income countries as well as the commodity producers, particularly the oil exporters, are facing a completely new reality where the price of commodities, essentially oil but also metals, food, are going down and have gone down significantly to actually change and disrupt the business model of those countries, which some of them are addressing well,” she added.

Christine Lagarde took office in 2011 when Dominique Strauss-Kahn resigned after accusations of sexual assault from a hotel maid.

She is the first woman to have taken charge of the world’s biggest lending organization since it was formed after the second world war.