The Central African Republic (CAR) went ahead with a presidential runoff vote which many hope will bring peace after more than two years of sectarian fighting.

Two ex-prime ministers, Faustin-Archange Touadera and Anicet-Georges Dologuele, were contesting in the poll.

Both candidates made the restoration of peace and security the centerpiece of their campaigns and the winner has the tough task of rebuilding the country which is among the poorest in the world.

CAR was plunged in the worst crisis in its history in early 2013, when mainly Muslim Seleka fighters toppled President François Bozizé. 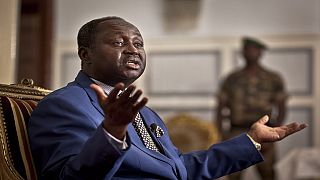