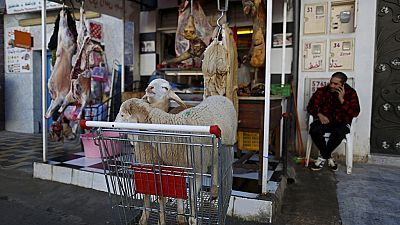 The President of Tunisia’s parliament, Mohamed Naceur has called on the European Union to develop a comprehensive plan, akin to the Marshall plan, to help set the country’s struggling economy back on track.

Tunisia is battling a wave of unemployment which has seen scores of young people hit the streets in protest in recent times.

The protests which have often been violent led to a night time curfew being imposed. The curfew was lifted last Thursday.

Speaking at a special plenary session of parliament on Monday during the visit of President of the European Parliament, Mohammed Naceur said the difficulties Tunisia’s young democracy faces require extraordinary efforts from friends including the EU.

The plan is expected to include the strengthening support for development, transformation of the country’s debts into investments, repatriation of stolen funds and strengthening of decentralized cooperation between regional communities.

Mohammed Naceur also spoke about the need to allow his country access funding from structural European funds to improve basic infrastructure and attract local as well as foreign investment.

The plan he says must support economic enterprises in Tunisia, improve their capacity to compete and open up European markets to Tunisian products.

He also argued in favor of strengthening cooperation and coordination between Tunisia and the European Union to combat terrorism.