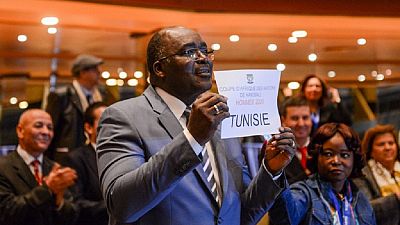 The African Handball Confederation has announced the countries which will host the 2018 and 2020 African Cup of Nations.

The decision was reached during a meeting by the board of directors of the African Handball Confederation on Thursday.

The continental handball governing body announced the arrival of expert teams in selected countries “to ensure compliance with terms designated in the respective protocols of engagement.”

The finals of the tournament, which has been ongoing since January 21, will be played on Saturday.