We can block Netflix for inappropriate content - Kenyan films board 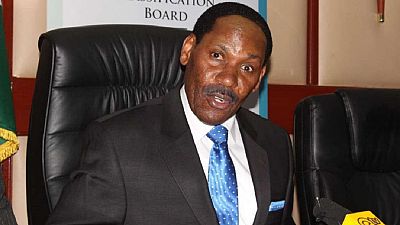 The Kenya Films Classification Board (KFCB) has said that the American-based video-streaming service provider, Netflix, might be blocked due to concerns over unsuitable content

“We can charge Netflix for bringing in inappropriate content without examination by KFCB but since we do not want to discourage and scare foreign investors, we shall be meeting with them on Monday and make clear our ratings,” said Ezekiel Mutua, KFCB boss.

The board condemned Netflix for providing explicit foreign content that is considered unsuitable for the general consumption, some of which it claims could be a threat to Kenya’s national security.

As a progressive country, we cannot afford to be passive recipients of foreign content that could corrupt the morals of our children...

“As a progressive country, we cannot afford to be passive recipients of foreign content that could corrupt the morals of our children and compromise on national security,” read the statement from KFCB.

KFCB boss Ezekiel Mutua affirmed strict measures will be taken on any company that is not abiding to the set regulations.

“In fact we are just learning about them on the media but they are yet to come to our offices to have their content counter-checked so that it does not go against our national values and morals. Since it is in Kenya then it needs to be subjected to the Kenyan ratings for consumer protection,” said the KFCB boss.

Netflix is targeting the 38 million mobile users in Kenya with a prevalence of 21.6 million data users. According to the Kenya leading mobile services providers, Safaricom, the country has a 67 percent of smart phone penetration which translates to good business to them with presence of Netflix.