Lifetime Ban for Blatter and Platini-FIFA 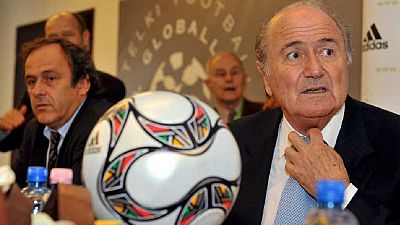 Sepp Blatter and Michel Platini could face longer bans after FIFA’s ethics investigatory chamber confirmed it is appealing to increase the eight-year suspensions handed down to the duo.

The bans were imposed over a £1.3million payment made to UEFA president Platini, signed off by FIFA president Blatter, in 2011 which they said was to settle a verbal agreement made 13 years beforehand.

Andreas Bantel, the spokesman for the investigatory chamber of FIFA’s ethics committee, said: “We have seven days to appeal to FIFA’s Appeal Committee and we are intending to appeal.”

Both Blatter and Platini have appealed against their bans and deny any wrong doing.

FIFA’s appeal committee will hear the appeals from the duo and the case could go to the court of arbitration for sport.