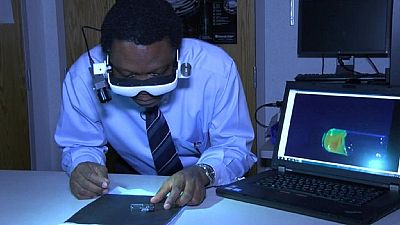 Cancer, a menace in the society, continues to be on the rise in Africa.

Over the past few decades in the African Region, the top two cancers, cervical and liver cancer have attacked many.

According to the World Health Organisation (WHO), governments need to scale up access to vaccines for cancer prevention, screening services for early detection of cancer and provision of treatment.

‘‘I urge Member States in the WHO African Region to ensure that their integrated Non Communicable Disease Action Plans address cancer prevention and control in a holistic and multi-sectoral manner. It is also vital that governments strengthen cancer surveillance and establish cancer registers,’‘ the WHO Regional Director for Africa said during the World Cancer Day last year.

It’s in this regard that both individuals and institutions are undertaking various initiatives to find solutions and effective treatments to combat the disease.

Dr. Achilefu, a professor of radiology at Washington University in the United States invented the glasses to better assist surgeons to more adequately cut away cancerous tissues. In addition, the glasses could reduce the need for additional surgical procedures.

The cancer goggles have been tested on breast cancer and melanoma patients. As of mid last year, at least 12 people had undergone surgery with assistance from the cancer goggles.

According to reports, Achilefu and his team began work three years ago after receiving a 2.8 million US dollar grant.

In 2014, Achilefu won a St. Louis Award for creating the glasses, an award bestowed to a resident in St. Louis area whose achievements reflect positively on the community.

Now aged 53, Achilefu is one of the people who believe many lives can be saved if appropriate investment and measures are put in place to reduce the risk of cancer.