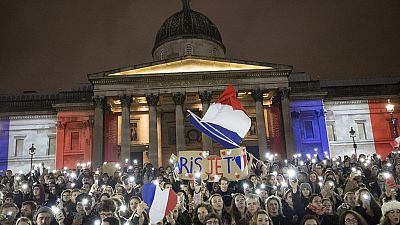 In the afternoon of Christmas Day, about 150 people gathered outside the administrative offices of Ajaccio, in southern France, to show solidarity with both firefighters and the police officer who had been injured the day before in skirmishes not far from the city.

During the event, the crowd headed to the scene of the incident while chanting anti-Muslim slogans and breaking the windows of the mosque.

In a tweet, the French Prime Minister, Manuel Valls, expressed his dissatisfaction over the occurrences.

Corsica after the & # 39; intolerable aggression firefighters, unacceptable desecration of & # 39; a place of prayer Muslim. Compliance with Republic Act