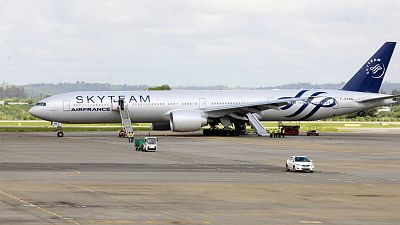 A man has been arrested after an Air France jet was forced to make an emergency landing in Kenya due to a bomb scare.

The flight from Mauritius to Paris was diverted after a suspicious package was found in the toilets.

BREAKING: Bomb found on #AirFrance flight from Mauritius to #Paris. Plane made an emergency landing in #Kenya. pic.twitter.com/jSkKySCUdb

The plane, which was carrying 459 passengers and 14 crew members, continued its journey to Paris after being given the all-clear.

A 58-year-old retired police officer was arrested when the aircraft arrived in Paris.