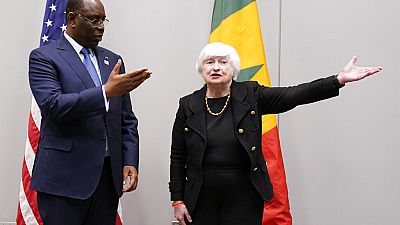 US Finance Minister Janet Yellen flew on Tuesday for an 11-day visit to several African countries, after a detour via Switzerland, to strengthen ties with the United States on a continent where China has become a major player.

After the first stage in Switzerland, where the Treasury Secretary will meet Chinese Vice-Premier Liu He in Zurich, Ms Yellen will travel to Senegal, Zambia and then South Africa.

The visit comes a few weeks after the holding, in December, of the Africa-United States summit in Washington, during which the White House announced investments of several billion dollars over the years to come.

As China and Russia seek to increase their influence in Africa, the United States finds itself in a defensive position, trying to defend its position on the continent.

Despite announcements at the summit, "we must walk the talk" on support for African countries, said Susan Page, former US ambassador to South Sudan and professor at the University of Michigan.

"I think the main objective (of the trip, editor's note) will be to position themselves in relation to China, which is a shame because African countries want to be considered for what they are, not as a battleground between great powers", regretted Ms Page, questioned by AFP.

On the first leg of her trip, Ms Yellen will meet Senegalese President Macky Sall, also the current chairman of the African Union, in Dakar on Friday, according to the Treasury Department.

The American minister should take the opportunity to highlight American efforts to strengthen partnerships with African countries as well as economic ties "by increasing the levels both in terms of investment and trade flows", according to the Treasury.

Janet Yellen will then meet with Zambian President Hakainde Hichilema and several senior officials. Coming to power after the 2021 elections, and a victory over incumbent President Edgar Lungu, Mr Hichilema promised to strengthen Zambia's financial credibility after inheriting a battered economy.

The American minister should also announce joint efforts in terms of health and to prepare for future pandemics, but also food security.

During her stay in Africa, Janet Yellen should also stress the importance of better access to renewable energies and "highlight the consequences" of the war in Ukraine. 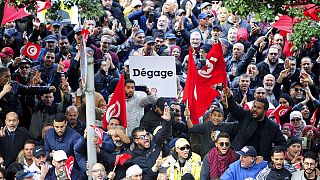 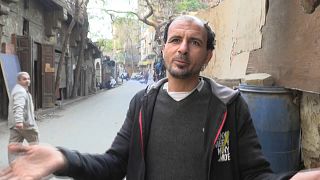 "How to cover the kids' needs," Egyptians wonder amid worsening economic crisis

"How to cover the kids' needs," Egyptians wonder amid worsening economic crisis