The state-owned company explained that its "ability to meet power demand" remained "constrained by the drastic reduction in available water in the Kariba reservoir for electricity generation at Kariba North Bank Power Station".

According to authorities, "the power station’s generating capacity has been reduced from its installed 1080 Megawatts (MW) to below 400MW."

This signals a deepening crisis. In December, Zambia's energy minister had projected a load management regime of up to a maximum of six (6) hours a day.

Zambia’s power crisis has been worsened by the outage of a 150MW generator at Maamba Collieries Limited Power Plant for routine annual maintenance until January 20.

In late November, Zimbabwe’s Zambezi River Authority, which runs the Kariba Dam jointly owned with its neighbour Zambia, announced the halt of electricity generation. It also blamed it on record low water levels. 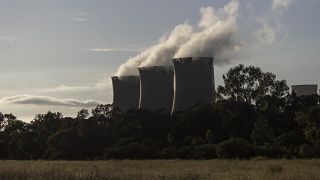