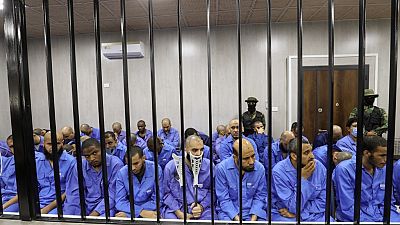 A criminal court in Tripoli on Monday sentenced 17 people to death for belonging to the jihadist group Islamic State (EI) and committing deadly violence on its behalf in Libya, according to the Prosecutor General's office.

In addition to the 17 death sentences, the court sentenced two suspects to life in prison and 14 others to various prison terms, according to the same source. The nationalities of those convicted were not specified.

The 17 men were found guilty of committing "acts associated with" the EI and "undermining the state and social peace, adopting violence and armed action in the western city of Sabratha and its surroundings," the prosecutor's office added in a statement.

They were accused of "killing 53 people, destroying public buildings and making dozens of people disappear," the source said.

Libya descended into chaos after the uprising that toppled Muammar Gaddafi's regime in 2011, with rival powers, a myriad of armed militias and foreign mercenaries scattered across the country, amid foreign interference.

Taking advantage of the absence of the state, the iE has established itself in several Libyan cities, making Sirte its stronghold in June 2015 before being driven out in 2016. The jihadists who were not killed in the fighting or were arrested retreated to the desert but also to cities in western Libya.

EI fighters had briefly occupied the centre of Sabratha in February 2016 before government forces retook the city.

Libya voted in 2010 against a UN General Assembly resolution calling for a global moratorium on capital punishment, but no official statistics are available on the number of executions in the country. 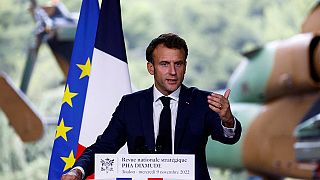