Tunisians are heading to the polls this Saturday to choose a new parliament.

The election of the 161-seat assembly is taking place after President Kais Saied dissolved the legislative body earlier this year.

The opposition, including Islamist-inspired Ennahdha party have appealed to voters to boycott these elections claiming the poll is a "coup" against the only democracy to have emerged from the Arab Spring in 2011.

President Saied, a former law professor, has also pushed through a new constitution giving the presidency almost unrestrained powers while stripping parliament of any real power. 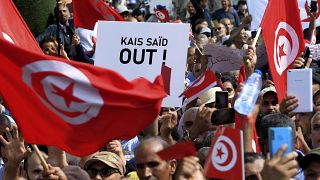