US Secretary of State Antony Blinken stressed the importance of partnership in remarks to an audience of entrepreneurs and innovators at the State Department Monday evenong.

President Joe Biden is set to play host to dozens of African leaders in Washington this week as the White House looks to narrow a gaping trust gap with Africa - one that has grown wider over years of frustration about America's commitment to the continent.

He ticked off several ways the Biden administration is trying to broaden and deepen partnerships to foster innovation in Africa.

First, by investing in infrastructure that can undergird African entrepreneurship.Second, by investing in rising leaders since President Obama created the Young African Leaders Initiative. And third, by fostering greater engagement by U.S. companies.

In the lead-up to the three-day U.S-Africa Leaders Summit that begins Tuesday, Biden administration officials played down their increasing concern about the clout of China and Russia in Africa, which is home to more than 1.3 billion people. Instead, administration officials tried to put the focus on their efforts to improve cooperation with African leaders.

White House officials have said that “major deliverables and initiatives” - diplomatic speak for big announcements - will be peppered throughout the meetings.

The White House previewed one major summit announcement on Friday, saying that Biden would use the gathering to declare his support for adding the African Union as a permanent member of the Group of 20 nations.

The summit will be the biggest international gathering in Washington since before the start of the COVID-19 pandemic. Local officials are warning residents to brace for road blocks and intensified security as 49 invited heads of states and leaders - and Biden - whiz around the city.

Talks are expected to center on the coronavirus, climate change, the impact of Russia’s invasion of Ukraine on Africa, trade and more, according to White House officials.

Biden is set to deliver remarks at a U.S.-Africa business forum, hold small group meetings with leaders, host a leaders' dinner at the White House and take part in other sessions with leaders during the gathering. 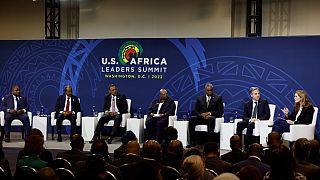 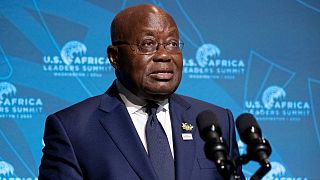