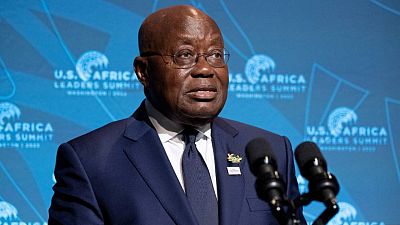 Ghana's President Nana Akufo-Addo has urged African countries to stop "begging" from the West in order to earn global respect and change poor perceptions about the continent.

"If we stop being beggars and spend African money inside the continent, Africa will not need to ask for respect from anyone, we will get the respect we deserve. If we make it prosperous as it should be, respect will follow," Mr Akufo-Addo made the remarks during the opening of the US-Africa Leaders' Summit in Washington DC on Tuesday.

Nana Akufo-Addo's remarks came on the day that the International Monetary Fund agreed to give Ghana a $3bn (£2.4bn) loan to alleviate an unprecedented economic downturn in the West African country.

Already burdened by high debt, Ghana is facing historic inflation of more than 40% and a collapse in the value of its currency - the cedi - economic difficulties exacerbated since the Russian invasion of Ukraine.

Nearly 50 African leaders and delegates are in Washington DC for a key summit hosted by President Biden.

It is the centrepiece of a major effort to reset and improve U.S. ties with African countries, whose relations with China and increasingly Russia have drawn scrutiny. 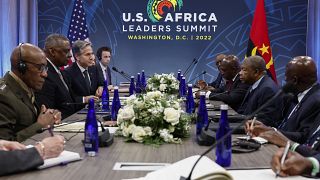 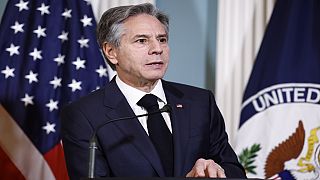