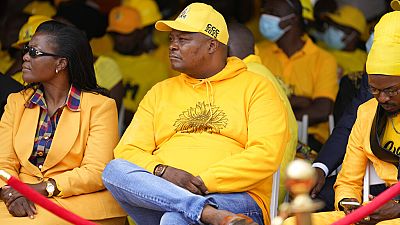 Fourteen opposition activists in Zimbabwe who were arrested after clashes with ruling party supporters in June were released on bail Tuesday by the courts, the main opposition party said.

"We are relieved that 14 of our members have been released on bail," Fadzai Mahere, spokesman for the Citizens Coalition for Change (CCC), told AFP.

"However, we condemn Zanu-PF's (ruling party) continued abuse of state institutions, including the police, prison services, and the judiciary, to silence opponents," she added.

The 14 activists were arrested along with opposition MP Job Sikhala and another elected official Godfrey Sithole after giving a speech at the funeral of opposition member Moreblessing Ali, whose mutilated body was found in a well days earlier.

Their release comes days after a Commonwealth mission arrived in Zimbabwe to assess whether the conditions for the country's reintegration into the organization had been met. Former strongman Robert Mugabe withdrew his country from the Commonwealth some 20 years ago.

Godfrey Sithole was released last week. But Job Sikhala is still being held in a high-security prison on the outskirts of Harare. The 50-year-old opposition lawyer has been arrested 67 times in 20 years, but never convicted, according to his lawyer.

Mr. Sikhala has been charged with inciting violence, obstruction of justice, and suggesting that ZANU-PF members were behind the murder of Moreblessing Ali.

Mr. Sikhala's lawyers denied any link between their client and the violence.

Amnesty International called the case "political" and a "travesty of justice. Its director for Zimbabwe, Lucia Masuka, told AFP that it is a habit, observed in recent years, to charge and arrest opponents, often for inciting violence.

General elections are scheduled in the country next year. 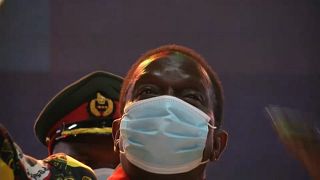