The 2004 African champions have never made it out of the group stage in their last five World Cup finals appearances.

With the 2022 World Cup fast approaching, the Tunisian squad has ramped up efforts despite uncertainty.

After the youth and sports minister threatened to dissolve federal offices, FIFA warned the national football federation that the team could be booted out of the Qatar tournament if there was any evidence of government interference in the organisation.

Setting this matter aside, the captain of the Eagles of Carthage is ready to take on group B.

"Obviously there are no easy groups in the World Cup all groups are difficult, clearly anyone who qualifies to the world deserves to be there. Our chances are positive, and we will compete until the last game", the winger says.

Tunisia can only be an outsider in a group comprising of defending champions France, dark horses Denmark and a spirited Australian side.

The 2004 African champions wish to make history and reach knockout stage for the first time.

"It's been six or seven years since the team hasn't have star players", forward Wahbi Khazri says.

"However, we have a good group, we went head-to-head with many countries, in Russia, in friendlies against Portugal and Spain, we beat Croatia who were vice-champions".

On their sixth appearance in the World Cup Tunisia will pin their hopes him, Khazri remains the only Tunisian to score multiple goalsat the biggest football tournament.

Tunisia will play Denmark in their match opener on November 22. 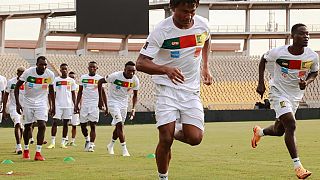 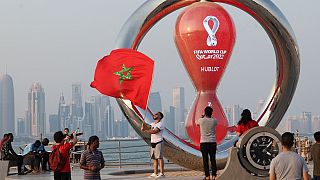