Morocco fans gathered Thursday (Oct 20) to support their team near the Qatar 2022 FIFA World Cup countdown clock as it marked thirty days left before the tournament, in the Qatari capital Doha.

Team anthems and jerseys: no doubt Moroccan fans in Qatar are getting in the World Cup mood.

Supporters gathered Thursday next to the countdown clock on Corniche road in Doha, with less than a month to go until the 22nd FIFA tournament kicks off.

"We are really excited to welcome our team", Karim shared.

"We hope we can see them in the semi-finals or finals; why not? This really affects us, we are ready to support our country with our best."

The Atlas Lions will face a battle against Canada, Belgium and Croatia in Group F.

A new coach was appointed in early September to lead the squad. Fans look forward to the team's sixth appearance in the competition.

"I am very happy because our team is participating in the World Cup, the Moroccan audience is very excited and we are gathered here", Ana said.

On November 20, the world cup will start at the sixty-thousand-seat Al Bayt Stadium.

All 64 games over the course of 29 days involving 32 teams will be held in the Doha area.

Morocco's first game will take place on November 23. The team is one of the five African countries that qualified for the biggest football tournament.

About 1.2 million visitors are expected in Qatar for the first World Cup. 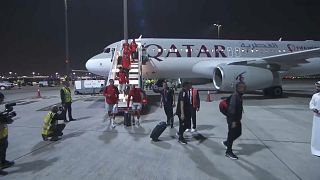 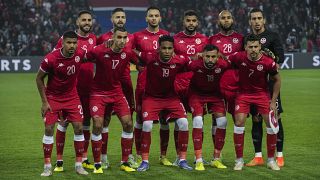