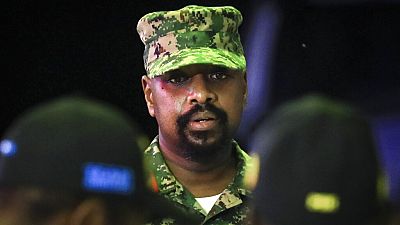 Ugandan General Muhoozi Kainerugaba has apologised to Kenya's President William Ruto over tweeted threats about invading the neighbouring country and capturing its capital in two weeks.

In his Thursday evening apology, the general said he had never had any problem with President Ruto.

He added: "If I made a mistake anywhere, I ask him to forgive me as his young brother."

I have never had any problem with Afande Ruto. If I made a mistake anywhere, I ask him to forgive me as his young brother. Godbless East Africa! pic.twitter.com/5LuzVabLKz

The Kenya invasion tweet on social media prompted Uganda's foreign ministry to issue a statement stating its "commitment to good neighbourliness (and) peaceful coexistence" with Kenya.

Dubbed 'the tweeting general' of Uganda, Lt. Gen. Muhoozi Kainerugaba, in recent months had sparked anger among some Ugandans who see his regular posts on Twitter as provocative and sometimes even dangerous.

His tweets in support of Tigrayan rebels in northern Ethiopia angered Addis Ababa, while his thoughts on Russia’s invasion of Ukraine and last year’s coup in Guinea also raised eyebrows.

Mr Museveni - who has been in power since 1986 - has long been suspected of grooming his 48-year-old son to succeed him when he eventually steps down, an allegation he has always denied. 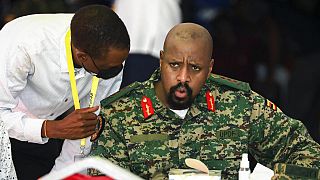