Moroccan women demonstrated outside parliament in the capital, Rabat, yesterday calling for abortion to be legalised.

The protest on International Safe Abortion Day came weeks after a teenage girl, Meriem, died in a village in the centre of the country following a clandestine termination.

Abortion is illegal in Morocco and is punishable by up to five years in prison, except in cases when the woman's health is in danger.

As the activists honoured the teenager with posters saying ‘We are all Meriem’, they urged lawmakers to make the termination of pregnancy a legal option for women.

‘There are many who die every month, every year for the same reason, because of clandestine abortions, and they are not listened to, not even considered. They’re not honoured, as today we honour Meriem and those who died like her,’ said activist Sarah Benmoussa.

She added that they were also trying to create a stable and healthy environment for all other women who might find themselves in the same situation, with an unwanted pregnancy.

Having a child, the women said, must be a choice.

‘We're here today because our voices matter,’ said Khaoula, a 23-year-old journalism student, ‘Every human being should be able to control their own body.’

Call for law to change

Faced with hundreds of clandestine abortions performed daily, in 2015 the Moroccan government debated the need to review the legislation.

An official commission recommended that the termination of pregnancies be legalised in special circumstances, but no reforms followed, despite lobbying by women's rights activists.

‘We renew this call today,’ said Fouzia Yassine from Spring of Dignity, a coalition of Moroccan feminist associations, ‘Lawmakers bear responsibility for this situation and for the violence and hardships the women endure.’

The recent United States Supreme Court decision to strip women of the right to have an abortion has raised concerns globally, with many asking if the same could one day happen in their country.

It is estimated that tens of thousand of women die each year from complications resulting from unsafe practices to terminate a pregnancy.

Across the world yesterday, women and men took to the streets to highlight the need for abortion to be an inalienable women’s right. 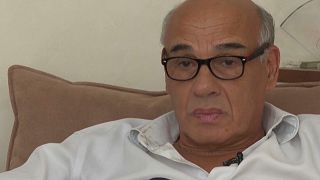