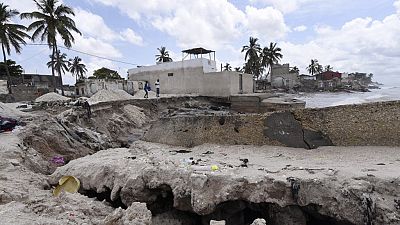 Developing countries across the world are demanding that compensation for damage caused by global warming be high on the agenda of the UN World Climate Conference (COP27), a statement from the group said Wednesday in Dakar.

At the same time, two senior government officials from Senegal and the Democratic Republic of Congo (DRC) participating in the conference jointly refused to allow their countries to give up future oil and gas exploitation under pressure from industrialised countries in the name of the fight against global warming.

Ministers and experts from the Least Developed Countries (LDC) Group, about 45 mainly African and Asian countries, met this week in the Senegalese capital to adopt a common position for COP27. Another meeting of African ministers is scheduled for Thursday, which US climate envoy John Kerry is expected to attend.

Various speakers stressed the small share of their countries in global greenhouse gas emissions and the disproportionate toll they are paying.

"Events such as flooding, coastal erosion, unseasonal rainfall... when these events occur unpredictably and with sometimes extremely high intensities, countries are left to fend for themselves," Senegalese Environment Minister Abdou Karim Sall told the press. "It has become imperative that a fund be set up to cover losses and damage, particularly in the least developed countries.

The final declaration of the meeting expresses "the crucial importance of setting up a financing mechanism to deal with loss and damage".

It calls on "all parties, especially major emitters, to urgently and significantly reduce (their) greenhouse gas emissions", and urges rich countries to honour past financial commitments to address global warming.

The Senegalese minister and his Congolese counterpart Eve Bazaiba Masudi denied the legitimacy of industrialised countries demanding that their countries give up hydrocarbon exploitation.

Senegal plans to start exploiting its oil and gas reserves in the Atlantic in 2023. The DRC government launched tenders for 27 oil and three gas blocks at the end of July, sparking concern among environmentalists about the impact on biodiversity and climate of developing peatland and forest areas.

Some 20 countries, including the United States and France, pledged at COP26 in 2021 to end foreign financing of fossil fuel projects without carbon capture technologies by the end of 2022.

The Congolese leader said it was "inconceivable" that the West, which "has built its industry on fossil fuels", would ask the DRC to give them up while it continues to account for the overwhelming majority of emissions.

"We must also fight poverty, we must link the issue of environmental protection to the economy to achieve sustainable development," she said.

"We do not accept that they come and tell us to give up the leverage we have," the Senegalese minister added. 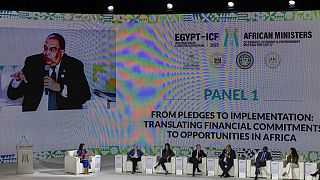 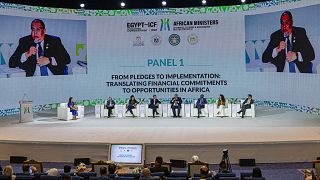