Senegal will break new ground Monday as West Africa's largest-ever proportion of women MPs take their seats in a newly elected legislature, stirring hopes of change in a country where patriarchal laws and attitudes are entrenched.

More than 44 percent of seats in Senegal's next National Assembly will be held by women -- the biggest share of any country in the region.

But hopes for dramatic progress on issues ranging from reproductive rights to domestic violence also have to be balanced with political reality.

"You're much more scrutinised... they don't forgive you for any mistakes", she told AFP. "I think all women in power would tell you the same."

Seventy-three out of 165 parliamentary seats will be held by women following elections in July across Senegal, widely viewed as a beacon of democracy and stability in a region marked by conflict and military rule.

The country ranks fourth in Africa and 18th in the world for gender parity in parliament, ahead of Switzerland, France, Britain and the US, according to the Geneva-based organisation the Inter-Parliamentary Union.

Outside of Senegal, only 15 of 111 elected or appointed parliamentary or ministerial positions that opened in West Africa and the Sahel between December and June were filled by women, a UN report has said.

Senegal's high share is explained by a 2010 law requiring "absolute gender parity" in all elective institutions, with candidate lists alternating between men and women.

The latest tally of legislators is two more than previously, and the highest ever under the parity rules.

The law "allows women to have a say on the national budget, express the concerns and needs of women in parliament and show society that women are equally qualified," said Toure.

Women "can bring another culture of governing".

Candidate lists are often topped by men and, when they are odd-numbered, tend to have one more man than woman, which explains why female representation remains below 50 percent, a National Assembly spokeswoman said.

Activists point to a mountain of tasks in a country that ranks a lowly 130th out of 189 states on a UN gender equality index.

But efforts to fix them under the new assembly are likely to be incremental.

Rape was only criminalized in 2020, and national laws have yet to fully implement the Maputo Protocol, an African Union initiative to widen abortion access that Senegal ratified in 2005.

It obliges state parties to allow abortion in cases of rape and incest, among others.

But in Senegal, abortion is only permitted to save a pregnant woman's life, said Aissatou Ywa of Task Force, an alliance of civil society and medical associations campaigning for rape and incest to be included.

In 2020, one-quarter of the female prison population had been jailed for abortion-related crimes, according to the NGO Africa Check, quoting data provided by Senegal's penitentiary administrators.

"It should be raised to 18 for girls to enable them to continue school and be on the same footing, in terms of rights, as boys", said Maimouna Yade, head of the women's organization JGEN.

Campaigners are also pushing to allow mothers to have the same parental authority under the law as fathers.

"There are so many things to do," said Mame Diarra Fam, an incoming MP for the opposition Senegalese Democratic Party.

She highlighted violence against women, education for girls and access to health, following a string of headline-making tragedies in maternity clinics over the last 18 months.

In 2013, parliament enacted a law allowing Senegalese women married to foreigners to pass their nationality onto their children, a right that was already permitted for Senegalese men.

Toure had introduced the bill as justice minister.

Whether women's rising numbers in parliament translates into executive clout will soon face a key test.

Sall will be scrutinized to see if he names a woman to the role of prime minister, a position that he had abolished in 2019 under the country's presidential system.

Another issue is how many women Sall will name to ministerial jobs. Toure is among those wanting parity to be extended to the cabinet and even to the private sector.

Civil society groups meanwhile are campaigning hard for a female speaker of the assembly, a role never held by a woman.

"We really want a woman leading the 2022-2027 parliament", said Coumba Gueye, executive secretary of the Association of Senegalese Women Lawyers. "If we have a woman, a lot of things can be changed." 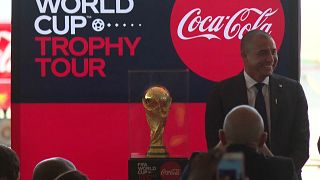 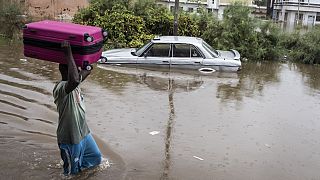