Two Senegalese opposition MPs were sentenced on Monday to six months in prison for hitting a fellow MP in the National Assembly.

On 1 December, MP Massata Samb attacked his colleague Amy Ndiaye from the gallery over statements she had made against Moustapha Sy, the leader of a member of the main opposition coalition, the Party of Unity and Gathering, who is not a member of parliament but is an influential marabout in Senegal.

The images that have taken the Senegalese social media by storm show Massata Samb and his colleague Mamadou Niang slapping and kicking the pregnant Mrs. Ndiaye in her stomach during assembly.

Amy Ndiaye was hospitalised after the incident and risks losing the baby she is carrying, her lawyer Baboucar Cissé said during the trial. She has been released from hospital, but remains "in an extremely difficult situation", he added.

The two parliamentarians, imprisoned since 15 December, were tried on 19 December by the court of flagrante delicto in Dakar.

The court also sentenced them on Monday to pay a fine of 100,000 CFA francs (150 euros) each, and "jointly" damages of five million CFA francs (7,625 euros) for "assault and battery" on Amy Ndiaye, a member of the presidential party.

The prosecution had requested two years in prison.

The two deputies were not present Monday when the judgment was read. "They will remain in prison while we appeal," Abdy Nar Ndiaye, one of their lawyers, told AFP.

Despite the images, they had denied during the trial that they had hit their colleague.

The two MPs' defense had argued that the trial could not take place because of their clients' parliamentary immunity, but the court overruled them.

The incident was seen as symptomatic of the tensions between the opposition and the majority, violence against women and the untouchable status of marabouts.

The presidential camp lost its absolute majority in the July legislative elections, which gave a near balance of power in the Assembly in a tense political context.

President Macky Sall, elected in 2012 for seven years and re-elected in 2019 for five years, remains silent on his intentions for the presidential election of 2024. 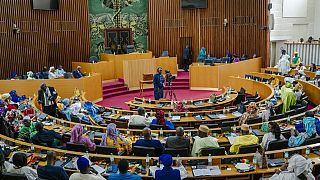 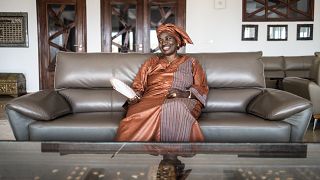