Togo's parliament on Tuesday extended for six months the state of emergency in the Savannah region in the far north of the country, which has been plagued by incursions by jihadist groups.

While jihadist groups operating in the Sahel appear to be gradually moving toward the West African coast, northern Togo has suffered at least five attacks since November 2021.

"Faced with attacks on our peaceful people, our objective (...) is to give the defense and security forces the necessary means to stop the threat," said National Assembly Speaker Yawa Djigbodi Tsegan.

According to Security Minister Damehame Yark, the state of emergency "creates (...) the conditions for administrative and operational measures", "necessary for the proper conduct of military operations" and "a return to peace" in the region.

It also makes it possible to speed up decision-making and facilitate the deployment of operational forces, the minister added.

The deadliest attack in Togo took place in July. Armed men targeted four villages, and the army reported "several dead and some wounded," but did not give a precise toll. Several local media reported that 15 to 20 people were killed. 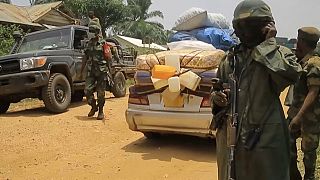