The re-elected president of Angola, João Lourenço, promised to press on with political commitments with courage and responsibility during his second mandate.

On Monday, the National Electoral Commission announced the results of the election, the tightest in the country's history.

"MPLA`s victory means a government that assumes its political commitments with courage and responsibility, an executive that is not afraid to break with the powers in place and to make the necessary changes", promised re-elected president João Lourenço.

The ruling party retains an absolute majority in parliament with 124 seats out of 220. But it loses the two-thirds majority that allowed it to pass laws without the support of another party.

Several members of the NEC refused to sign the final results.

Last week, the opposition contested the preliminary results, which already gave the MPLA the victory.

Parties have 72 hours after the announcement of the final results to contest them. 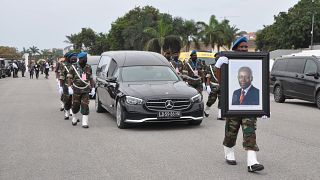