Professionals in the building and construction industry in Nigeria have raised concern over the persistent insecurity in the country. They say they are finding it increasingly difficult to freely go about their activities in a safe and conducive environment.

Joseph Oni, a Real Estate Developer says they have to pay double these days before they can complete any project due to the security situation in the country.

“Now we pay a lot of money to secure them, I mean the people on site, even the engineers and the developers. Sometimes, before you can get people that can work on-site, you need to pay them to double the usual amount. For instance, if they collect 2000 per head, you need to pay times two, that is 4000 per head before they can agree to work in an environment that is not secured, Oni added”.

The Nigerian Institute of Architects in a statement recently said Housing targets for Nigerians are not met, schools and hospitals for citizens are not built and the provision of much-needed roads and other transportation infrastructure is hampered.

Some Architects are calling on the authority to help provide security for the sector saying that some criminals do use the project site as their hideouts.

“It is true and it is slowing down our business because most people are scared of going to the sites if there is no security which we have to provide for the workers, '' said Adams Wakili, an Architect.

“Insecurity in Nigeria is affecting a whole lot of things including the building industry. For instance, on our own site here we have to secure our environment, outside that, there are restrictions to how far one can go. So if you are not a worker here you can’t move around the premises because there could be a hideout, said Ateju Gbenga another Architect.

Due to the insecurity problem affecting the construction sector in the country, business owners in the real estate sector say there has been a drastic fall in their customer base

“If you look at the rate of the number of people looking for jobs these days in the country, in fact, it is beyond what we can say but if the government can create jobs for some of these people, it can reduce the insecurity problem, then they will be able to know that there is something better than carrying arms. So, I think the government should give a listening ear to these people, Oni said.

According to some residents, the level of insecurity in the country has reached an alarming rate and as such, most people have to pay more these days to get things done. 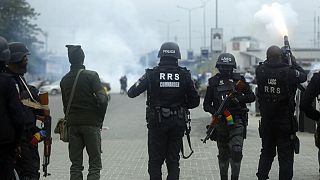 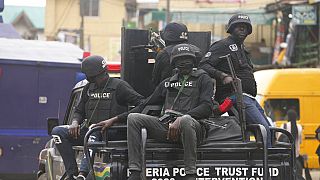