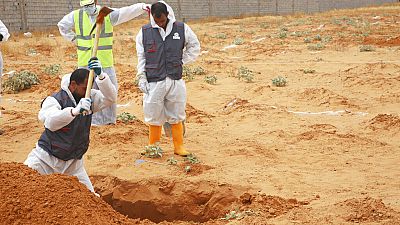 Seven unidentified bodies have been discovered in Tarhouna, a town in western Libya where dozens of mass graves have been uncovered since the summer of 2020, the Libyan authority in charge of the missing announced on Monday.

A "new mass grave" was discovered on Sunday in a "public dump" from which seven bodies were exhumed, the authority said in a statement on Monday.

Tarhouna is a small agricultural town where more than 250 bodies have been found in mass graves since the summer of 2020.

Their existence had been reported for the first time after the departure from the city in June 2020 of the forces of Marshal Khalifa Haftar, the strongman of eastern Libya.

These forces had been trying since April 2019 to conquer, in vain, the capital Tripoli, 80 km further northwest and where the former UN-recognised government was based.

Exactions began in 2015 in Tarhouna, when the local Al-Kani militia, known as Kaniyat, took control of the town.

Led by six brothers, it wreaked havoc on its residents, methodically eliminating opponents.

Initially affiliated with the former government in Tripoli, it pledged allegiance to Marshal Haftar and joined him in his failed attempt to conquer the capital.

Its leader Mohamed al-Kani was shot dead in July 2021 in Benghazi (east).

A UN expert fact-finding mission described the abuses in Tarhouna as "war crimes" and "crimes against humanity".

Libya descended into chaos after the uprising that toppled Muammar Gaddafi's regime in 2011, with rival powers, a myriad of armed militias and foreign mercenaries scattered across the country amid foreign interference.