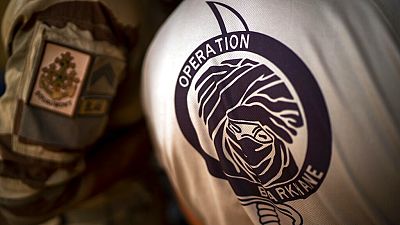 Some 3,000 French troops are still deployed in the Sahel, the French general staff said Wednesday, two days after the total withdrawal from Mali, while Bamako denounced "acts of aggression" committed by the anti-jihadist force Barkhane on its territory.

"As part of the re-articulation of Operation Barkhane out of Mali, about 3,000 soldiers will remain engaged in the Sahel and will carry out their missions from existing holdings in Niger and Chad, alongside our African partners: military combat partnership, operational military partnership, logistical operations," the general staff told the AFP.

"It is part of a new partnership approach with African countries that request it," he continued, taking the example of Niger, where the French and Nigerien armies "conduct joint patrols and joint training.

Barkhane had up to 5,500 soldiers at the height of its deployment in the Sahel.

Pushed out of Mali by the junta in power since 2020, which is now working - although it denies it - with the sulphurous Russian paramilitary group Wagner, the French army left the country for good on Monday, after nine years of anti-jihadist struggle.

"France remains committed to the Sahel," the French presidency said Monday, as well as "in the Gulf of Guinea and (in) the Lake Chad region," as jihadists affiliated with al-Qaida and Islamic State groups, long contained in the Sahel, are now nibbling away at the ground further south.

According to the French general staff, Paris also has 900 soldiers pre-positioned in Côte d'Ivoire, 350 in Senegal and 400 in Gabon, outside of Barkhane.

On Wednesday, Bamako leaked a letter sent by its head of diplomacy to the UN Security Council, in which Abdoulaye Diop asked for an end to what he described as "acts of aggression" by the former colonial power, in particular the collection of intelligence "for the benefit of terrorist groups" in order to "drop weapons and ammunition" on them.

General Bruno Baratz, commander of the Barkhane force, told RFI on Wednesday that he found this type of accusation "a bit insulting", "for the memory of our 59 comrades who fell for Mali and for all the Malians who fought alongside us", as well as for the members of Minusma, the UN mission in Mali. 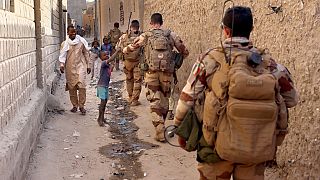