Speaking one day after Deputy President William Ruto was declared the winner, Odinga told a crowd in Nairobi: "What we saw yesterday was a travesty and a blatant disregard for the constitution and the laws of Kenya by (Wafula) Chebukati the minority of IEBC commissioners".

This was Odinga's first appearance since Kenya’s electoral commission chairman on Monday declared Ruto the winner with almost 50.5% of the votes.

Four of the seven commissioners abruptly announced they couldn’t support the results, and Odinga supporters scuffled with the remaining commissioners at the declaration venue.

On Tuesday, the local Elections Observation Group announced that its highly regarded parallel voting tally “corroborates the official results” in an important check on the process.

But Odinga asserted that only the electoral commission chairman could see the final results before the declaration.

“The law does not vest in the chairperson the powers of a dictator,” he said, and insisted that decisions by the commission must be taken by consensus.

There was no immediate statement from the electoral commission or its chairman.

A screen at its tallying center that had been showing cumulative presidential election results stopped being updated Saturday and was later turned off.

The official form showing final results could not be accessed on the commission's website on Tuesday.

Odinga's campaign had expected victory after outgoing President Uhuru Kenyatta in a political twist backed his former rival Odinga instead of his own deputy president, with whom he fell out years ago.

The 77-year-old Odinga has pursued the presidency for a quarter-century.

His campaign has seven days after Monday's declaration to file a petition with the Supreme Court, which would then have 14 days to make a ruling. 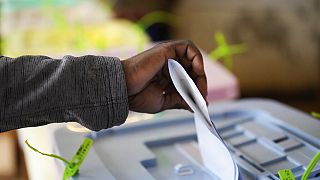 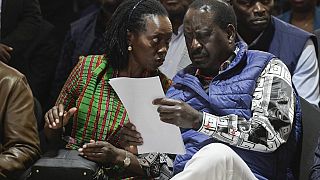