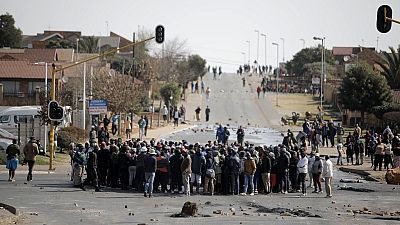 The president of Somaliland says five people were killed in opposition protests over fears of a delayed election. This comes hours after police confirmed shooting demonstrators and accused them of not following officers' instructions.

In comments late Thursday, President Muse Bihi Abdi said the five were killed in the capital, Hargeisa, and the towns of Burao and Erigavo in Somaliland, the northern region that separated from Somalia three decades ago and seeks recognition as an independent country.

He said almost 100 others were wounded, most of them members of security forces.

The president blamed opposition groups for the unrest and said unauthorized protests would not be tolerated. The Somaliland government had allowed the protests to occur in six regions but in limited areas, which the opposition parties opposed.

Statement from international partners on the current situation in #Somaliland. pic.twitter.com/YT292NDQNP

Thursday's events prompted the United States, the European Union and others to issue a joint statement expressing concern over "excessive use of force" and urging all sides to hold dialogue for a roadmap on elections.

Hundreds of people took part in Thursday's protests after talks between the government and opposition failed and the opposition accused authorities of trying to delay the election.

We strongly urge the ruling and opposition leaders in #Somaliland to avoid violence during the demonstrations and return quickly to political dialogue. Failure to reach agreement on elections threatens Somaliland’s achievements in democratic governance. https://t.co/2dRjogsLx1

"Peace can only reign in Somaliland with free and fair elections, let those who stand for democracy win," Abdirahman Mohamed Abdullahi, leader of the main opposition party, Waddani, told the crowd.

A protest organizer, Ahmed Ismail, told AFP that three people, including a woman, were killed in Hargeisa and 34 others were hospitalized.

"Several people, including one of our party leader's security guards, were killed, we are still investigating the total number of deaths which may be higher," a Waddani member told AFP, speaking on condition of anonymity.

One person also died in Erigavo in clashes between protesters and police, said witness Abdullahi Mohamud.

"We will not stop these protests... until the president (Muse Bihi Abdi) announces that he is ready for the elections," said Heybe Adan, one of the protesters.

With the internet cut protests rock Somaliland
cities after police & the army used live fire against civilians. In Hargeisa civilians take over a police station, in Burco the army breaks in two, in Ceerigaabo civilians arm themselves and take
over the central parts. pic.twitter.com/dkOx6hv11T

At a press conference Thursday night, the Waddani leader accused the government of committing "atrocities" against the protesters.

"It was a peaceful demonstration with people who only had placards and whistles, but the government committed (rights) violations by using excessive power, live ammunition and tear gas," he accused.

The government's decision to register new political parties before the elections also angered Waddani and the opposition Justice and Welfare Party (UCID), who fear that new movements could weaken them.

In June, opposition leaders accused police of using tear gas and live ammunition to disperse an anti-government demonstration in Hargeisa with similar demands. 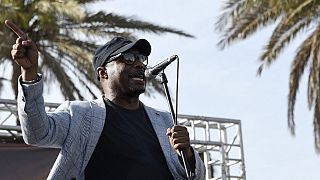