Blinken is in South Africa as part of his African tour that will also see him visiting Congo and Rwanda in the coming days in what is seen as a contest between Western nations and Russia to win support from African countries over the war in Ukraine.

South Africa is among many African countries that have taken a neutral stance on the Ukraine war and avoided public criticism of Russia.

Speaking at the opening of the strategic dialogue on Monday, Pandor urged global leaders to use diplomacy to end various conflicts.

"The present moment, which has given rise to widespread uncertainty and fear, requires us all as leaders to come together and chart a way forward that will bring hope and inspiration to our respective peoples," she said.

"We must also reinforce our common commitment to multilateralism, democracy and human rights and use the proven tools of democracy, peaceful dialogue and negotiation to resolve conflict and end the intolerable and unnecessary suffering that results from wars and other forms of conflict," said Pandor.

Blinken said existing relations between the two countries, which range from cooperation in health and other sectors, would allow for them to engage frankly on issues where their views are different. 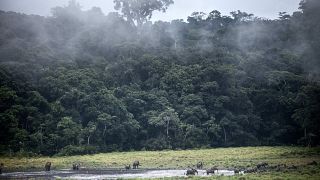