Mali: Situation 'under control' after jihadists target key military base 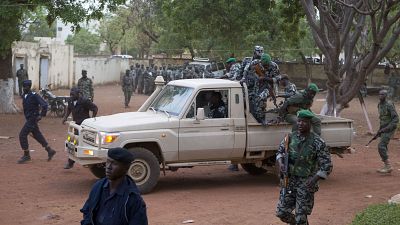 Explosions and gunfire were heard on Friday morning, as jihadi rebels attacked Mali's Kati military base on the outskirts of the capital city Bamako. Friday’s attack follows a coordinated series of insurgent attacks Thursday.

Jihadi rebels have attacked Mali's Kati military base on the outskirts of the capital city Bamako, the ruling junta confirmed Friday. It's the first time Kati, Mali's largest military base, has been targeted by extremist rebels in the more than 10-year insurgency in the West African country.

Two vehicles loaded with explosives detonated at the camp at about 5 a.m., according to a statement issued by the military. According to the statement, the Malian Armed Forces killed two attackers.

"The situation is under control and a sweep is underway to find the perpetrators and their accomplices," said the statement.

Friday’s attack on the Kati barracks follows a coordinated series of insurgent attacks Thursday. In one of those incidents, the extremists attacked a police base in Kolokani, 60 kilometers (37 miles) north of Bamako and two Malian soldiers were killed, said the military in a statement.

The leader of Mali's ruling junta Lt. Col. Assimi Goita frequently stays at the Kati camp, where he launched the 2020 coup that brought him to power.

Jihadi rebels linked to al Qaida and the Islamic State group have been fighting an insurgency in Mali for more than a decade. Their attacks have mostly been in northern Mali but recently the extremists have moved into central Mali. In recent weeks they have moved closer to the capital.

No group has claimed responsibility for the attack so far. The attacks hower show "how the al-Qaida affiliate Jama’at Nusrat al-Islam wal-Muslimin continues to expand its operations outside its traditional strongholds in northern and central Mali," said Héni Nsaibia, a senior researcher at The Armed Conflict Location & Event Data Project.

Mali has struggled to contain an Islamic extremist insurgency since 2012. Extremist rebels were forced from power in Mali’s northern cities with the help of a French-led military operation, but they regrouped in the desert and began attacking the Malian army and its allies. Insecurity has worsened with attacks in the northern and central regions. 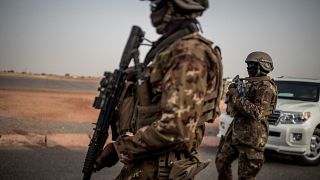