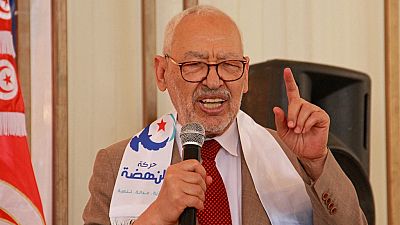 The leader of Tunisia’s main opposition party is due to be questioned by the country’s anti-terrorism unit on Tuesday on suspicion of money laundering and terrorist financing through an association charity.

President Kais Saied suspended parliament last year and seized broad powers in a move that he said was necessary to "save the country" from a political and economic crisis. This prompted criticism from the opposition, which accuses him of a slide toward totalitarianism.

Ennahdha has said that these accusations are aimed at distracting attention from a July 25 referendum planned by Saied to change the constitution to augment presidential powers and reduce the role of the parliament and prime minister. The president’s critics say he is trying to legitimize a "coup."

Opposition figure Nejib Chebbi said he feared for Ghannouchi’s arrest after the hearing, denouncing what he called a "harassment campaign" unleashed by the government against "leading political figures."

Saied blamed Ennahdha in part for Tunisia’s political crisis last year. Ennahdha, which dominated parliament before it was suspended, is among the president’s fiercest critics.