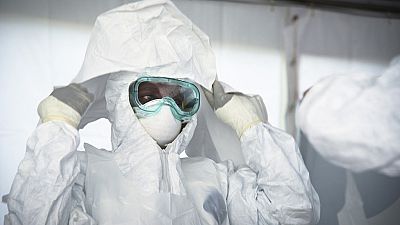 Ghana has reported two suspected cases of Marburg virus, a highly infectious disease believed to be in the same family as the virus that causes Ebola.

This comes after a preliminary analysis of samples taken from two patients from Ghana's southern Ashanti region both of whom died turned up positive.

The samples have been subsequently forwarded for full confirmation to the Pasteur Institute in Dakar, Senegal.

The two patients had earlier been taken to a local hospital with symptoms including diarrhoea, fever, nausea and vomiting, World Health Organisation said in a statement.

Ghana has announced the preliminary finding of two cases of #Marburg virus disease and if confirmed these would the first such infections recorded in the country
➡️ https://t.co/GrjuK7itmw pic.twitter.com/SiariKqRI3

The WHO categorises the Marburg virus disease as highly infectious hemorrhagic fever in the same family as Ebola is spread to people by fruit bats and transmitted among people through direct contact with bodily fluids of infected people and surfaces.

A graphic online report states that 34 contacts have been identified and are under quarantine being monitored for the maximum incubation period of 21 days.

Marburg is potentially very harmful and deadly: Case fatality rates in past outbreaks have ranged from 24% to 88%, WHO said.

"Preparations for a possible outbreak response are being set up swiftly as further investigations are underway," WHO said, adding that it is deploying experts to support health authorities in Ghana.

If confirmed as Marburg, the cases would be the first in Ghana and the second in West Africa. Guinea confirmed a single case detected in August last year. The outbreak in Guinea was declared over five weeks later, WHO said.

Previous Marburg outbreaks and individual cases have appeared in Angola, Congo, Kenya, South Africa and Uganda, according to WHO.