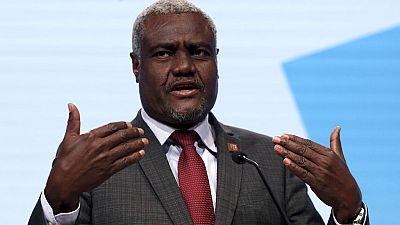 The head of the African Union Commission, HE Moussa Faki Mahamat has called on Sudan and Ethiopia to refrain from military escalation and to seek a negotiated dispute for the border conflict between the two countries.

Sudanese army on Tuesday attacked Ethiopian troops based in Barkhat area and destroyed their settlement after the killing of seven of its soldiers.

In a statement released on Wednesday, June 29, Faki said he was following with “deep concern” the military escalations between Sudan and Ethiopia.

The Chairperson of the African Union Commission calls for restraint, calm and dialogue over Ethiopia/Sudan border dispute : https://t.co/tXJNNWEjGC pic.twitter.com/yfha4fz2LU

He further called on the two sides to hold negotiations under “the auspices of the AU Border Program”.

According to reports, Sudan had already rejected any talks with Ethiopia on the Fashaga area. Khartoum says there are two border demarcation agreements sealed in 1902 and 1975.