Rwanda's opposition figure Victoire Ingabire reacted to the cancellation of the first flight that was supposed to carry the first group of illegal migrants from the United Kingdom to Rwanda.

Ingabire, whose party is not recognised by the the Rwandan government, denounced the agreement.

"The (Rwandan) authorities are used to upholding a good image for the international community, to show that they are capable of solving all the problems, at a certain moment you have to be humble and make the right decision, abandoning this agreement (on migrants with the United Kingdom) would be the fair decision for the Rwandan government", said the opposition figure.

Both Britain and Rwanda have faced criticism at home and with at least two UN agencies in response to the controversial plan aimed at discouraging illegal migrants from entering the UK.

The first flight carrying migrants was due to take off from Britain for the East African country last Tuesday despite a flurry of legal challenges but was cancelled after a last-minute order by the European Court of Human Rights. 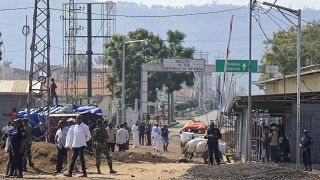 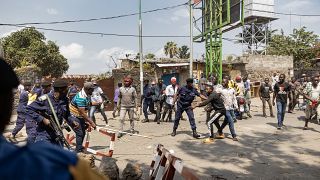 Anti-Rwanda tensions boil over into looting in eastern DR Congo

Anti-Rwanda tensions boil over into looting in eastern DR Congo