Victims of a litany of crimes committed since Mali’s independence up to the now-troubled years of jihadi insurgency, shared their testimony during the latest Truth, Justice and Reconciliation Commission hearing. The mechanism was set up in 2015.

In a Bamako hall, civilians, researchers, and army officials attend the fifth hearing of the Truth, Justice and Reconciliation Commission.

Victims of a litany of crimes committed from Mali’s independence up to the now-troubled years of jihadi insurgency shared their testimony last week. An important step according to the commission's president.

"People were apprehensive, some thought that there was no point in revisiting these wounds, in stirring the pot, Ousmane Oumarou Sidibe said. But after the first hearings, I think that everyone understood that it was better to do this exercise of general catharsis in a way and simply make people aware of the suffering of a large part of the Malian population."

The commission was set up back in 2015, when Northern insurgents signed a peace deal with the government. The investigators collected testimony from over 28 000 victims. In public hearings over the past two years, the commission has heard from victims of a litany of crimes committed since independence in 1960. Mali's modern history has been marred by military dictatorships, Tuareg rebellions and since 2012 a spiral of violence in which jihadists affiliated to Al-Qaeda or the Islamic State group have created chaos.

"At each, before we started, we asked if they were ready for forgiveness and reconciliation," said Ousmane Oumarou Sidibe, the commission's head. "We were surprised, everyone said yes". But how to express repentance and  forgiveness? The commission will serve as a basis for further efforts. It is one of a number of mechanisms meant to help reconcile Malians.

"... It is broadcast live on the national channel, on social networks, to ensure that Mali as a country knows what happened to the victims, commissioner Oumar Hasseye Toure explained. As the President said in his speech earlier, a victim who succeeding in speaking, and recounts the ordeal he or she experienced, that, in itself, is part of the healing process [...] Our goal is transitional justice. We are in a framework of transitional justice which rests on four pillars which are: the search for truth, reparation, the right to justice and the guarantee of non-repetition."

The idea of financial reparations is being studied, Prime Minister Choguel Kokalla Maiga has said. 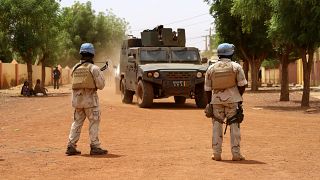 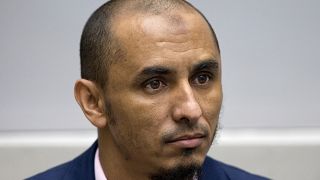 Timbuktu "reduced to a shadow of its former self"

Timbuktu "reduced to a shadow of its former self"