This week he said that enemy forces now control almost one-fifth of the country's territory. But in his video message on Friday marking the war's first 100 days, he made it clear Ukraine will not submit easily.

“Our team is much larger,” said Zelenskyy in a defiant statement. “The Ukrainian Armed Forces are here. Most importantly, our people are here.”

“We have defended Ukraine for 100 days already,” he adds.” Victory will be ours!”

According to the Ukrainian president, without the help of western advanced weapons, it will be very difficult to regain the lost ground.

Vladimir Putin sent troops into Ukraine in late February, the Russian president vowed his forces would not occupy the country. But now Moscow seems increasingly unlikely to relinquish the territory it has taken in the war.

Since Russia withdrew from northern Ukraine its troops are slowly but inexorably advancing in the east of the country on the Donbass region (east) and its strategic city of Severodonetsk.

Russian troops have not taken full control of Severodonetsk. According to Zelenskyy, it was "80 per cent occupied" by Russian forces and fighting is still raging in the streets.

The Kremlin has largely kept quiet about its plans for the cities, towns and villages it has bombarded, encircled and finally captured. Kremlin spokesman Dmitry Peskov has said it will be up to the people living in seized areas to decide their status.

"Quite a number of localities have been cleared from the pro-Nazi Ukrainian armed forces, and people there can start bringing their lives back to normal now. These efforts will be continued until all goals have been attained in the special military operation," said Dimitry Peskov, official spokesperson of the Kremlin.

Meanwhile, the United Nations has been conducting intense, low-key negotiations to free up tens of millions of tons of Ukrainian grain and prevent a global food crisis.

Russia is blocking Ukrainian ports on the Black Sea and thus preventing the export of this grain, which fed 400 million people last year. The situation is all the more urgent as the next harvest is about to arrive.

The UN has so far been extremely quiet about these efforts but on Friday, UN humanitarians issued a fresh alert about the rising and alarming levels of food insecurity.

"The impact of the war across the region and the world is profound. There are 1.4 billion people that can be affected because of the shortage of wheat and other grains," said Amin Awad, UN Crisis Coordinator for Ukraine.

"The transport of food from Ukraine and fertilizer from Russia impacted the world negatively and created inflation, food crisis, especially for third party states in a state of transition, in the Sahel of Africa, in the horn of Africa, but also in populous nations."

The conflict involving the two agricultural superpowers that used to account for 30% of global wheat exports, immediately led to a spike in prices, which have already surpassed those that triggered the Arab Spring of 2011 and the food riots of 2008.

The UN fears "a hurricane of famines", mainly in African countries that imported more than half their wheat from Ukraine or Russia. 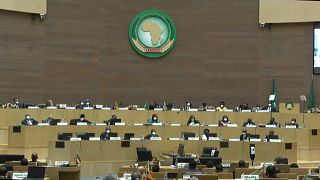