Chairman of the African Union and Senegal's President Macky Sall has warned Russian President Vladimir Putin that African countries are suffering from surging food prices as a result of Moscow's military operation in Ukraine.

The talks between Putin and Sall in Sochi, Russia are focused on how to get stuck grain supplies moving again.

During Friday's meeting, Sall reminded Putin that 17 African countries abstained from voting on the U.N. resolution condemning the invasion of Ukraine, despite what he described as strong pressure to do so.

"If you take Asia, the Middle East and Latin America, it means that there is a good part of humanity which is in fact very attentive to what is happening."

"It is in the name of all these hopes that I have come to see you, to ask you to understand that our countries - even if they are far from the theatre [of action] - are victims on an economic level," said Sall.

Calls for food to be 'left out of sanctions'

On his part, Sall sided with the Kremlin's view that Western sanctions have exacerbated grain and fertilizer shortages, and called for the food sector to be left "out of the sanctions".

The UN fears "a hurricane of famine", mainly in African countries which imported 44% of their wheat from Russia and Ukraine between 2018 and 2020, especially since no ship can leave Ukrainian ports because of the conflict.

The African Development Bank says wheat prices have soared around 45% as a result of the supply disruption.

Russia, the world's largest wheat exporter, has urged the West to lift sanctions imposed over its military action in Ukraine so that grain starts flowing freely to global markets.

While food and fertilizer are exempt, sanctions have targeted Russian shipping and made international shipping companies reluctant to transport Russian cargoes.

According to the Kremlin, Putin told Italian Prime Minister Mario Draghi during a call last week that Moscow “is ready to make a significant contribution to overcoming the food crisis through the export of grain and fertilizer on the condition that politically motivated restrictions imposed by the West are lifted.”

The Russian military has proposed corridors to allow foreign ships to safely leave ports along the Black Sea. Ukraine has said it was ready to agree on safe corridors in principle but voiced concern that Russia could use them to attack Odesa and other Ukrainian ports.

The supply chain issues brought on by the fighting in Ukraine come as large portions of Africa already were grappling with drought and other problems.

With the conflict in Ukraine now in its fourth month, world leaders have ramped up calls for solutions. World Trade Organization Director-General Ngozi Okonjo-Iweala said about 25 million tons of Ukrainian grain are in storage and another 25 million tons could be harvested next month. 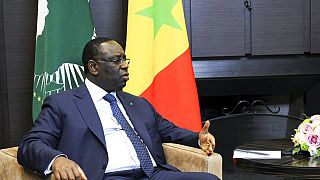 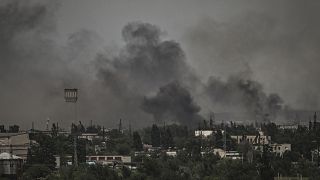