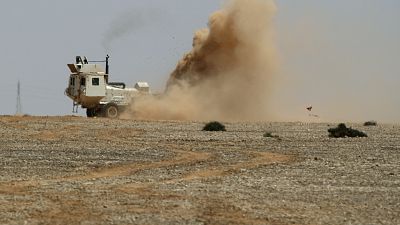 Human Rights Watch on Tuesday called on the International Criminal Court to investigate allegations of landmine use in 2019 by Russian paramilitaries fighting in Libya.

According to the New York-based watchdog, new evidence has emerged from Libyan demining groups linking mercenaries from Russia's Wagner group to the use of "banned mines" in Libya during an offensive by Libyan forces based in the east of the country, attempting to retake the capital Tripoli from rival militias.

The Wagner group supported the offensive by the eastern-based forces led by commander Khalifa Haftar, who was also backed at the time by the United Arab Emirates, Egypt and Russia. Haftar's offensive collapsed in the spring of 2020 when Turkey and Qatar stepped up their military support for their rivals in western Libya.

Libya plunged into turmoil after a NATO-backed uprising in 2011 toppled President Muammar Gaddafi, who was later killed. For years, the country has been divided between rival administrations, each supported by different militias and foreign powers.

Lama Fakih, HRW's director for the Middle East and North Africa, said a "transparent and international" investigation was needed into the use of landmines around Tripoli.

The organisation said a Tripoli-based Ministry of Defence demining group reported that mines and other explosive ordnance killed at least 130 people and injured 196, mostly civilians, between May 2020 and March 2022 in Tripoli's southern suburbs.

HRW referred to a tablet left on a Libyan battlefield by a Wagner mercenary, which contained maps showing the location of 35 unmarked antipersonnel mines. The tablet was obtained by the BBC in early 2021. A UN panel of experts said earlier this week that it considered the device to be genuine. 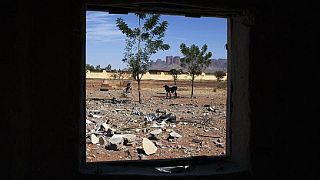 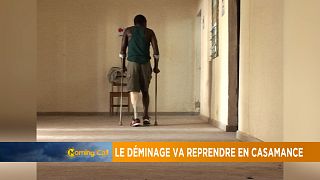