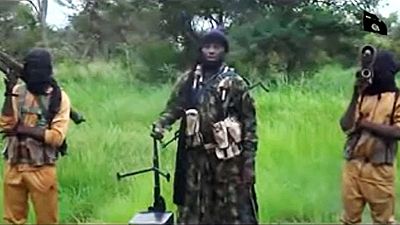 Islamic extremist rebels have killed at least seven people in an attack in northeast Borno state in Nigeria, witnesses told The Associated Press on Wednesday.

According to residents, the rebels attacked Kautukari village in the Chibok area of Borno on Tuesday evening.

The attack happened at the same time that U.N. Secretary-General Antonio Guterres was in the state to meet with survivors of jihadi violence.

The Chibok area is 115 kilometers (71 miles) away from Maiduguri, the state capital, where Guterres met with former militants being reintegrated back into the society and thousands of people displaced by the insurgency.

"They came in large number with superior firepower (and) took over the community," said Hassan Chibok, a community leader. Troops from a nearby military base were deployed to repel the attack but "the damage had been done," Chibok said, adding, "Casualties are up to 10."

Another resident Yana Galang said at least seven people were killed in the latest violence before the Nigerian military intervened.

Nigerian police are yet to respond to the attack.

Nigeria, Africa's most populous country with 206 million people, continues to grapple with a 10-year-old insurgency in the northeast by Islamic extremist rebels of Boko Haram.

More than 35,000 people have died and millions have been displaced by the extremist violence, according to the U.N. Development Program.