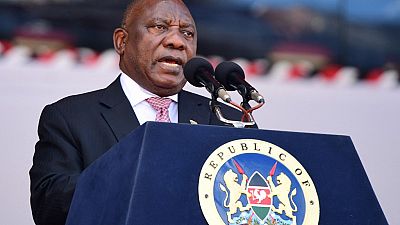 South African President Cyril Ramaphosa has pledged to improve conditions for the middle and poor classes in South Africa saying he had "heard" the grievances of workers who booed him out of the May Day celebrations.

workers chased him out of the May Day celebrations under booing, chanting "Cyril must go" and demanding a pay rise at the Royal Bafokeng Stadium in Rustenberg (north), as angry miners invaded the stage where he was due to speak on Sunday.

He was surrounded by police and his security detail and was quickly ushered out of the arena.

"I was unable to address the rally because the workers had grievances which they expressed loud and clear," the head of state said in his weekly letter on Tuesday.

"While the main grievance seemed to be about wage negotiations in neighbouring mines, workers demonstrated a broader level of discontent reflecting a weakening of confidence," he continued, saying he understood "their frustration".

South Africa is the continent's leading industrial power but its economy has been hit hard by the Covid crisis.

The pandemic led to the loss of more than two million jobs in the space of a year and pushed the unemployment rate to 35%.

Half the population of nearly 60 million lives below the poverty line, according to the World Bank.

"The working class and the poor have suffered the most," Ramaphosa said. "We are firmly committed to taking the necessary steps to improve their lives and working conditions," he pledged. 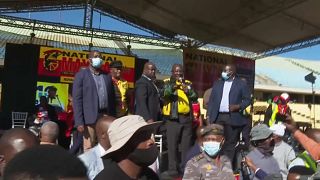 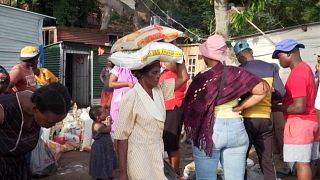