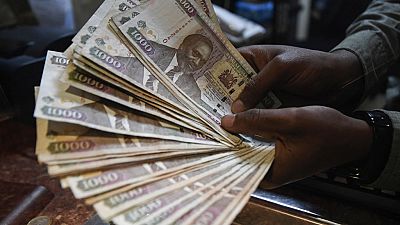 This announcement on Sunday (May 1) comes a few months ahead of the presidential and parliamentary elections.

Inflation hit a seven-month high in the East African country in April, mainly driven by soaring fuel and food prices, according to official figures.

"We believe it is imperative to review the minimum wages to protect our workers from further deterioration," Kenyatta told a Labour Day rally.

However, this is far from the 24% increase demanded by the main trade union organisation COTU (Central Organisation of Trade Unions-Kenya).

The high cost of living is due to factors "beyond my control, such as the coronavirus pandemic and the Russian-Ukrainian conflict", Mr Kenyatta said.

He blamed his critics - including Deputy President William Ruto - for the government's economic woes ahead of crucial general elections in August.

President Kenyatta cannot stand for re-election after two terms but is backing his former rival Raila Odinga to succeed him.

The presidential election on 9 August is expected to pit two favourites, Mr Odinga and Mr Ruto. The vice-president was initially nominated by Uhuru Kenyatta as his successor but was eventually dropped in favour of the historic opponent Odinga following a deal struck in 2018.

Kenya's finance minister unveiled a $28 billion budget last month aimed at turning around the economy amid high unemployment after the Covid-19 pandemic.

Kenyans are facing rising prices for basic necessities such as food and fuel, a situation exacerbated by the war in Ukraine and droughts affecting several parts of the country.

Inflation hit a seven-month high of 6.47% in April, up from 5.56% in March and 5.76% in April last year, according to the national statistics office. 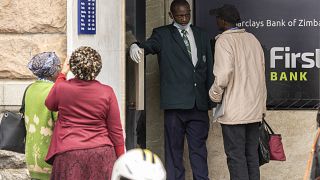