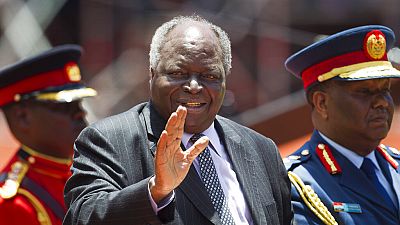 Kenya has been in a state of mourning since Friday (April 22) when president Uhuru Kenyatta announced the death of his predecessor, former president Mwai Kibaki who died aged 90.

Widely available information has it that the statesman, Real name, Emilio Stanley Mwai Kibaki was born in Gatuyaini near the town of Othaya, Kenya where he grew up. In his formative years, he schooled at Gatuyaini School (2 years), Karima Mission School, Karima Missionary School (3 years), and Mathari Boarding Primary School (between 1944 and 1946).

He continued to read and graduated with a B.Sc from the London School of Economics with a Public Finance option.

He set a record as the first African to graduate from the school with a First Class Honors degree.

Kibaki Involved in Kenyan politics since independence in 1963, was elected in 2002 on a promise to fight corruption after more than 20 years of rule by the authoritarian Daniel Arap Moi.

Prior to this, he had held several public offices. He was minister of trade and industry between 1965 and 1969. He continued to serve his country in the capacity as finance minister between 1970 and 1983. Kibaki became vice president of the republic between 1978 and 1988 and was at a point minister of interior.

The President I knew… pic.twitter.com/3rs4IgFosZ

His decade in power was marked by corruption scandals and the worst political violence since independence.

At the end of 2007, his disputed re-election led to violence between Kikuyu and Kalenjin, two of the country's largest communities, in which more than 1,000 people were killed and hundreds of thousands displaced. They remain a deep wound in Kenya's history.

Regardless of these incidents, the late Kenyan president was able to make some impact on the judicial service in Kenya.

Transforming the judicial sector appeared to be one of his priorities. After nearly a year in power, President Kibaki appointed a commission of inquiry to investigate corruption in the Judiciary.

Findings from the investigations led to the sacking of more than 20 judges and 82 magistrates.

I have received with immense sense of sadness of the passing on of Kenya’s immediate former President, H.E Mwai Kibaki. On behalf of my Gov & people, I’d like to send an earnest message of condolence to President Kenyatta & the people of Kenya at this moment of sorrow & hardship. pic.twitter.com/TUWeMo4DMt

The exercise somehow restored confidence in the Judiciary, which had been tagged with corruption allegations.

When the Anglo Leasing scandal blew up, some of his friends like Makerere alumni and his first Finance Minister David Mwiraria were implicated. President Kibaki did not interfere with the trial and made them face trial.

During his reign, President Kibaki’s introduced the prestigious Senior Counsel bar in 2003. However, the rules were however amended in October 2008 and lawyers asked to send in their applications to be considered for the prestigious club.

President Kibaki later recognized 15 lawyers and former chairpersons of the LSK and considered them for the rank and dignity of Senior Counsel.

Even when it appeared the judicial system had taken shape, a second clean-up was conducted in 2011. In this exercise, more judges were sacked for failing integrity tests.

Kenya will remember him not only for his achievements in the judiciary but also for how the trained economist transformed Kenya's economy, notably through the Vision2030 plan, which was taken up by his successor, Mr Kenyatta.

When he left office in 2013, Mr Kibaki retired to his rural stronghold of Nyeri, some 100 kilometres north of Nairobi, where his modest family hails from. However, lately, he has preferred his home in Nairobi's upscale Muthaiga district.

He is survived by four children. 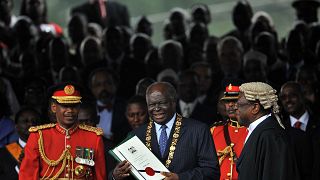