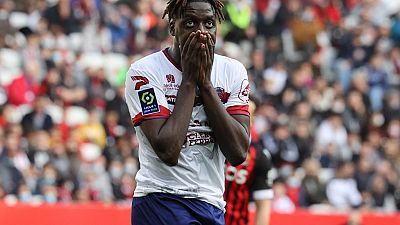 Clermont Foot's Guinean international striker Mohamed Bayo has been given a two-month suspended prison sentence for "driving under the influence of alcohol" and "unintentional injury" by the judicial court in Clermont-Ferrand, France.

At a hearing on Tuesday, the striker was also fined €4,000 and had his driving licence suspended, Clermont-Ferrand public prosecutor Eric Maillaud said, confirming a report in the daily La Montagne.

The footballer has accepted the sentence proposed by the prosecutor's office as part of this procedure. He was initially due to appear in June before the criminal court where he risked a heavier sentence.

Mohamed Bayo, 23, was taken into custody on 24 October after a collision with another car in Chamalières (Puy-de-Dôme). Driving with a blood-alcohol level of 0.88 g/l, he was recognised after trying to flee and arrested by the police. The couple in the other vehicle were slightly injured in the accident.

Mohamed Bayo, a key striker for Clermont Foot, helped his club to the top flight last spring. With a total of ten goals in 25 games played, the top scorer in the L2 in 2020/21 (22 goals), remains the key attacking element of Pascal Gastien's team to ensure their maintenance in Ligue 1.