Health authorities in the Republic of Congo have declared a measles epidemic.

Pointe Noire and the district of Ntchamba-Nsassi in the south of the country are among the most affected areas with more than 3,400 cases, including 78 deaths, mainly among children under five, according to the Ministry of Health and Population.

"We came here because my child had high fevers, I was told it was measles and that there was no vaccine. But the treatments are expensive" complained one mother interviewed by Africanews.

"We are confined, we are in the same bed, how are we going to sleep? It's deplorable really, and the Congolese state should help us with the treatments" pleaded another mother.

The measles vaccination campaign was interrupted during the state of emergency due to Covid-19, as well as other preconceived ideas, according to the medical profession."Remember that we are in the tumultuous period of corona, and in this period there were a lot of problems, a lot of financial difficulties, a lot of travel difficulties, and therefore a lot of parents listened to bad advice telling them that vaccinations are bad things" said Dr. Bandoho Mombo Aime, a paediatric vaccinologist.

"Many parents here say that they have noticed that rashes, as a usual symptom of measles, appear only very late during this wave of measles epidemic in Congo. Consequence: Cases are already in the terminal phase when they arrive at the emergency room" said Africanews reporter, Cedric Lyonnel Sehossolo.

"It's a fact, many parents take their children to hospital only when they're already in a complicated phase, so as soon as you notice that your child has a fever, any child who has a fever, the most important thing is to go to hospital" advised Dr. Ndongui Kibalou Dany, head doctor of the paediatric emergency unit.

The Congolese government and the Global Alliance for Vaccines and Immunisation are preparing the roll-out of a vaccination campaign by 15 May 2022. 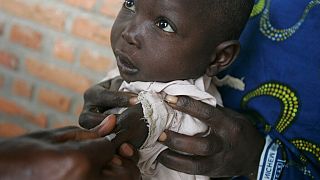 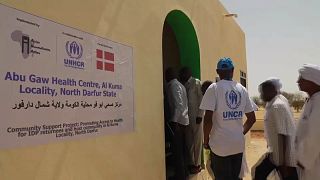