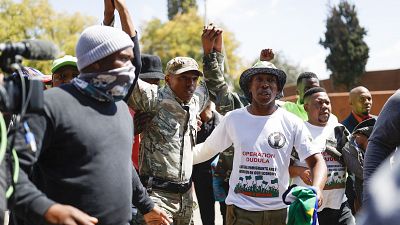 On the fringes of an ANC conference over the weekend, South Africa's president rejected anti-migrant group Operation Dudula calling it "a vigilante force-like organisation taking illegal actions". This comment comes few days after ANC spokesperson seemed to back followers who supported the operation.

President Cyril Ramaphosa has slammed ANC support for Operation Dudala. Speaking to local media houses on Sunday, after a party conference in Mpumalanga, eastern South Africa, he argued his party couldn't back the organisation. "The concerns that we have is that we have got a vigilante force-like organisation taking illegal actions against people who they are targeting and these things often get out of hand, they always mutate into wanton violence against other people", the president said.

His remark came after ANC spokesperson Pule Mabe seemed to back supporters who backed the operation in an interview given to South African weekly Mail & Guardian. In the newspaper, Pule Mabe also called the Dudula group "constructive".

Early February, thousands demonstrated against illegal migrant workers near Cape Town, as part of Operation Dudula. Operation Dudula, Zulu for "drive back", gained traction in a sign of growing anti-migrant sentiment in the country. The results of the Quarterly Labour Force Survey (QLFS) for the fourth quarter of 2021, published last month, showed that in the fourth quarter of 2021, the official unemployment rate reached a historic 35,3%. The highest rate since 2008, when QLFS started.

A socio-economic situation worsened by Covid contributed to the popularity of the Dudula movement which states that "foreign nationals are stealing jobs that belong to South Africans".

Enjoining those unhappy with the management of illegal immigration, President Ramaphosa told them "to act within the framework of the law". The head of state added: "these people should seek to have addressed" all that which they [Operation Dudula supporters] deem "is not being done at the national level". 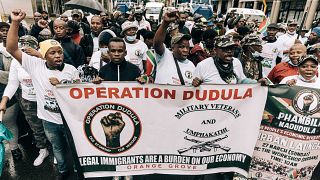 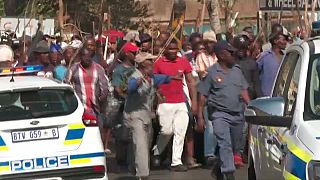