An alleged leader of a Sudanese militia known as “devils on horseback” took rejected all of these charges against him as the International Criminal Court opened Tuesday Ali Muhammad Ali Abd–Al-Rahman's trial.

The 72-year-old defendant, Ali Muhammad Ali Abd–Al-Rahman, also known as Ali Kushayb, pleaded innocent to all 31 charges of war crimes and crimes against humanity. “I reject all of these charges,” he told the court in the first ICC trial to deal with atrocities by Sudanese government-backed forces in the Darfur province nearly two decades ago.

Prosecutors say al-Rahman was a senior commander in the janjaweed militias during the Darfur conflict that erupted when rebels from the territory’s ethnic central and sub-Saharan African community launched an insurgency in 2003, complaining of oppression by the Arab-dominated government in the capital, Khartoum.

Then-President Omar al-Bashir’s government responded with a scorched-earth campaign of aerial bombings and raids by the janjaweed, who often attacked at dawn, sweeping into villages on horseback or camelback. The campaign included mass killings and rapes, torture and persecution. Up to 300,000 people were killed and 2.7 million were driven from their homes in Darfur over the years.

Prosecutor Karim Khan said that al-Rahman was "a willing and knowing participant in crimes" and "one of the key senior janjaweed militia leaders" who worked "hand-in-glove" with the Sudanese government in its counterinsurgency campaign.

"You will see that he took pride in the power that he thought he exerted and the authority that he had," Khan said. "And ... strange glee in a feared reputation. You’ll hear evidence ... that his forces and himself rampaged across different parts of Darfur."

He said witnesses will tell the three-judge trial panel about attacks, murders and rapes and describe the horrors inflicted on villages considered rebel supporters and the enduring consequences of the attacks.

One witness quoted by Khan in his opening statement to the trial described seeing an infant breast feeding from its dead mother in the aftermath of an attack.

Al-Rahman is suspected of crimes allegedly committed between August 2003 and at least April 2004 in Darfur including murder, torture, rape, persecution and attacking civilians.

Khan told judges they would hear many chilling accounts of violence by al-Rahman himself during the trial that is expected to last many months. “**There’s so many examples of abuse, not just using his axe, not just killing people or ordering the execution of children or men, allowing rapes and participating in all of the allegations that are charged and are before you,” he said. “But just really beastly abuse.**”

The trial is "a long-awaited chance for victims and communities terrorized by the notorious janjaweed militia and government forces in Darfur to see a leader held to account,” said Elise Keppler, associate international justice director at Human Rights Watch. “**In the face of steep odds and no other credible options, the ICC is serving as the crucial court of last resort for Darfuris.**”

She called on Sudanese authorities to send other Darfur suspects, including al-Bashir to the ICC to face justice.

The trial opens amid a recent rise in violence in Darfur, which has seen deadly clashes between rival tribes in recent months as the country remains mired in a wider crisis following last year’s coup, when top generals overthrew a civilian-led government. 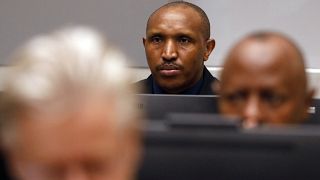 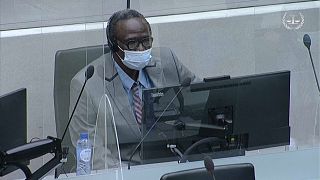