United Nations-commissioned investigators on Wednesday painted a grim picture for migrants in Libya, just days after they said they were seeking to verify the presence of mass graves at a human trafficking centre in the country's northwest.

Libya has in recent years emerged as a popular, if extremely dangerous, route toward Europe for those fleeing poverty and conflict in Africa and the Middle East.

In the northwestern town of Bani Walid, the investigators, commissioned by the U.N.'s top human rights body, found that "migrants were held captive, murdered, tortured and raped."

They said in the report that at least eight migrants spoke about mass graves in the town, something the investigators said they needed to verify. Auajjar told the Human Rights Council that they were also examining the existence of secret detention facilities including some controlled by armed militias.

The investigators said in an October report that they had evidence of possible crimes against humanity and war crimes in Libya. Many of the alleged crimes, they say, were committed against civilians and migrants detained in the country while trying to get to Europe.

Hundreds of thousands of migrants hoping to reach Europe have made their way in recent years through Libya, where a lucrative trafficking and smuggling business has flourished.

They pack desperate migrants into ill-equipped rubber boats, then embark on risky voyages across the Mediterranean Sea. Many of those who have been intercepted and returned to Libya — including women and children — are held in government-run detention centres where they suffer from abuse, including torture, rape and extortion, according to rights groups.

The announcement came as the German government agreed to extend its participation in the European Union naval mission Operation Irini, aimed at enforcing the U.N. arms embargo on Libya.

A confidential report by the head of Operation Irini, obtained earlier this year by The Associated Press, acknowledged "excessive use of force" by Libyan authorities but called for the training program to continue.

Operation Irini itself has been criticized for not doing enough to save migrants at sea, despite conducting extensive monitoring in the area including with German maritime surveillance aircraft. Without elaborating, Sasse said Berlin had information that in at least two cases, the Libyan coast gurard had acted in a "completely unacceptable and illegal manner."

Humanitarian groups have long complained the migrants returned to Libya are sent to detention centers, where they face extortion, torture, and trafficking. 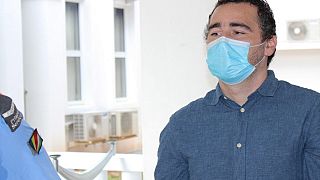 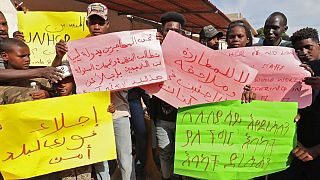