**A baker in Yaounde is making bread from sweet potato flour. And it is a relief for his consumers who are increasingly finding bread made from wheat flour pricey .
**

Guy Marcel Nganta, with his big, colorful hat screwed on his head, has been making baguettes with sweet potato, cassava, and other legumes flour for 13 years in Yaoundé. A godsend for this small baker now that in Cameroon, as elsewhere, the war in Ukraine is making wheat supplies more expensive.

From the outside, there is no sign of his little shop - four exposed cinder block walls topped by a corrugated iron roof - below a road in the working-class neighborhood of Nkolndongo. But it is still full and, since Russia invaded Ukraine more than a month ago, his customers, whom he supplies only on order, have increased from about twenty to about fifty, according to him.

A sweet smell escapes from a small rudimentary bread oven. The craftsman kneads, kneaded, and molds bread made only with food "made in Cameroon", says Guy Marcel proudly.

Cameroon, like many other countries on the continent or elsewhere, is affected by the war between Russia and Ukraine, respectively the first and fourth-largest exporter of wheat in the world, a commodity whose prices soar since the beginning of the war.

Russia was accused Tuesday before the UN Security Council of having caused a "global food crisis", even to run the risk of "famine" throughout the world, with its war in Ukraine, the "breadbasket of Europe".

Word to the ear

The 44-year-old baker's bread has the same appearance as that made with wheat flour, but it is heavier and more consistent in the mouth. And the taste, slightly sweet.

"I do very well with local flour," Nganta says. Because if he cannot sell his baguette more expensive or cheaper than his competitors because of a price fixed by the state, at least their production cost is lower and therefore his profits are higher.

It is word of mouth that has allowed the artisan baker to see his clientele more than double in recent weeks.

"The taste is really different for bread made in Cameroon and it fills the belly more," enthuses Lewis Ateba, an electrical engineer who leaves the shop with several baguettes.

In this vast central African country of about 25 million people, a quarter of whom live in extreme poverty according to the World Bank, the price of a baguette had been imposed by the state at 125 CFA francs (20 euro cents) for the past 13 years, but it rose to 150 francs (23 euro cents) on March 16, almost 20% more expensive, which immediately provoked discontent and concern. 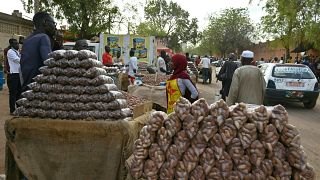 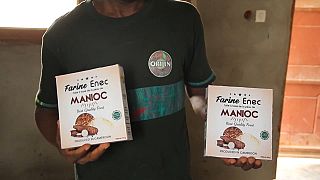